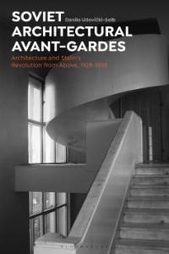 Soviet Architectural Avant-Gardes: Architecture and Stalin’s Revolution from Above, 1928-1938, by Danilo Udovicki-Selb, was published by Bloomsbury Academic in May 2020. Conventional readings of the history of Soviet art and architecture show modernist utopian aspirations as all but prohibited by 1932 under Stalin’s totalitarianism. Soviet Architectural Avant-Gardes reveals how the relationship between the Party and practicing architects was much more complex and contradictory than previously believed, and shows how the architectural avant-garde was able to persist at a time when it is widely considered to have been driven underground. In doing so, this book provides an essential perspective on how to analyze, evaluate, and “re-imagine” END_OF_DOCUMENT_TOKEN_TO_BE_REPLACED

Pereslavl-Zalesskii: Architectural Heritage in Photographs is volume sixteen in Discovering Russia series, written and photographed by William Craft Brumfield, and published by Tri Kvadrata publishers in 2018. The first part of the book analyzes architectural monuments in their historical context, particularly the mid-twelfth century Cathedral of the Transfiguration of the Savior. The book also focuses on the town’s five major monasteries, including the Trinity-Danilov Monastery, whose sixteenth-century Trinity Cathedral contains an Apocalypse fresco cycle that is among the most significant examples of medieval Russian art. The book concludes with a photographic survey of architectural monuments mentioned in the text. END_OF_DOCUMENT_TOKEN_TO_BE_REPLACED 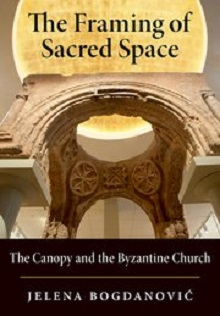 Jelena Bogdanović’s book, The Framing of Sacred Space: The Canopy and the Byzantine Church, was published by Oxford University Press in 2017.Most studies of church architecture in the world of Slavia Orthodoxa and Byzantium have said little about these micro-architectural structures, concentrating instead on discussion of the plan and architecture of the buildings in which they were contained. And the theological, philosophical and ritual aspects of what they represented has then naturally also received too little attention. One of the important emphases in the book is how the canopied installations relate not just to scripture but to liturgical performance, a subject that, as the author END_OF_DOCUMENT_TOKEN_TO_BE_REPLACED 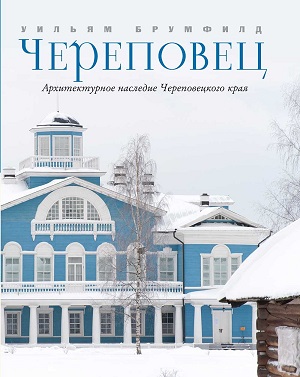 Cherepovets: Architectural Heritage of the Cherepovets Region, by William Brumfield (Tri Quadrata Publishing House) is the seventh volume in a series devoted to the architectural heritage of the Vologda territory. The text begins by examining prerevolutionary Cherepovets, a largely merchant environment with a commercial and residential district. The book comments on Soviet-era architectural projects developed in conjunction with the creation of one of Russia’s largest steel mills. Additionally, the text surveys the architectural heritage of the region’s surrounding villages. Of special significance are parish churches, including wooden churches dating to the late seventeenth-century and masonry churches, many of which were severely damaged during the Soviet END_OF_DOCUMENT_TOKEN_TO_BE_REPLACED