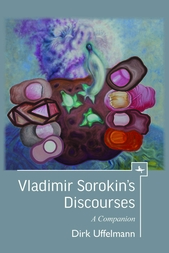 Vladimir Sorokin’s Discourses: A Companion, by Dirk Uffelmann, was published by Academic Studies Press in April 2020. Sorokin emerged as a prose writer in Moscow’s artistic underground in the late 1970s and early 80s, and became visible to a broader Russian audience only in the mid-1990s, with texts shocking the moralistic expectations of traditionally minded readers by violating not only Soviet ideological taboos, but also injecting vulgar language, sex, and violence into plots that the postmodernist Sorokin borrowed from nineteenth-century literature and Socialist Realism. Sorokin became famous when the Putin youth organization burned his books in 2002 and he picked up neo-nationalist and neo-imperialist discourses in END_OF_DOCUMENT_TOKEN_TO_BE_REPLACED 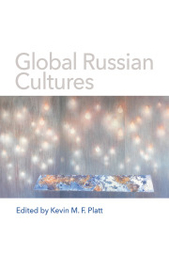 Global Russian Cultures, edited by Kevin M. F. Platt (University of Wisconsin Press, January 2019), considers questions about the literary and cultural life of Russians who dispersed to the US, Europe, and Israel, or who remained after the collapse of the USSR in Ukraine, the Baltic states, and the Central Asian states. The contributors treat the different global Russian cultures as independent entities of Russian cultural life. This volume contends that no state or society can lay claim to be the single or authentic representative of Russianness. And it contests the conceptions of culture and identity at the root of nation-building projects in and around END_OF_DOCUMENT_TOKEN_TO_BE_REPLACED 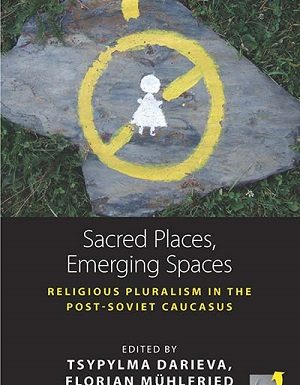 Sacred Places-Emerging Spaces. Religious Pluralism in the post-Soviet Caucasus (Berghahn Books, 2018), edited by Tsypylma Darieva, Florian Mühlfried, and Kevin Tuite in February 2018. Though long associated with violence, the Caucasus is a region rich with religious conviviality. Based on fresh ethnographies in Georgia, Armenia, Azerbaijan, and the Russian Federation, Sacred Places, Emerging Spaces discusses vanishing and emerging sacred places in the multi-ethnic and multi-religious post-Soviet Caucasus. In exploring the effects of de-secularization, growing institutional control over hybrid sacred sites, and attempts to review social boundaries between the religious and the secular, this collection of essays gives way to an emergent Caucasus viewed from the ground END_OF_DOCUMENT_TOKEN_TO_BE_REPLACED