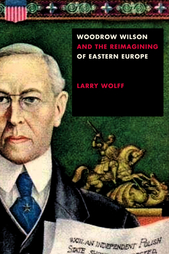 Woodrow Wilson and the Reimagining of Eastern Europe, by Larry Wolff, was published by Stanford University Press in January 2020. At the 1919 Paris Peace Conference, where the victorious Allied powers met to reenvision the map of Europe in the aftermath of World War I, President Woodrow Wilson’s influence on the remapping of borders was profound. This book traces how Wilson’s emerging definition of national self-determination and his practical application of the principle changed over time as negotiations at the Paris Peace Conference unfolded. Wolff exposes the contradictions between Wilson’s principles and their implementation in the peace settlement for Eastern Europe, and  sheds light on END_OF_DOCUMENT_TOKEN_TO_BE_REPLACED 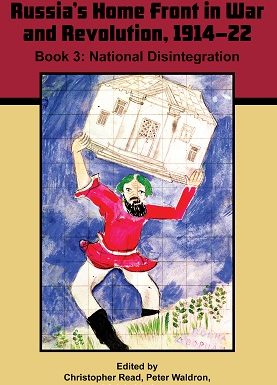 Russia’s Home Front in War and Revolution, 1914-22, Book 3: National Disintegration, edited by Christopher Read, Peter Waldron, and Adele Lindenmeyr, is now available from Slavica Publishers. For soldiers on the Great War’s Western Front the term home front suggested a degree of coziness, a place of retreat from the horrors of battle. Russia was not overendowed with coziness even before the war, but the early defeats, extensive conscription, deepening economic crisis, and growing political instability meant the elimination of any traces and the replacement of coziness with food shortages, strikes, disturbances, and, in 1917, full-blown revolution. Then the situation became even worse. Food shortages END_OF_DOCUMENT_TOKEN_TO_BE_REPLACED 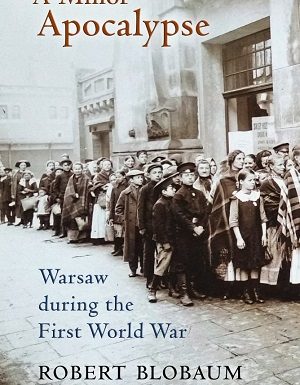 Robert Blobaum recently authored A Minor Apocalypse: Warsaw during the First World War (Cornell University Press, 2017), in which he explores the social and cultural history of Warsaw’s “forgotten war” of 1914-1918. Beginning with the bank panic that accompanied the outbreak of the Great War in an exposed frontline city, Blobaum guides his readers through spy scares, bombardments, mass migratory movements, and the Russian evacuation of 1915. Industrial collapse in the war’s first year marked only the opening phase of Warsaw’s wartime economic crisis, which grew steadily worse during the German occupation. Blobaum shows how conflicts over distribution of and access to scarce resources led END_OF_DOCUMENT_TOKEN_TO_BE_REPLACED